How Yoga Healed My Fear Of Cancer 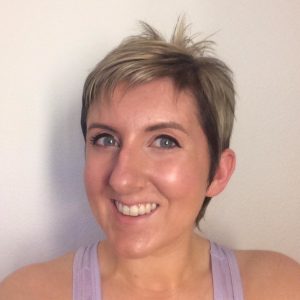 How Yoga Healed My Fear of Cancer

Who is Fi Munro?

Fi Munro is a multi award winning researcher, writer and cancer survivor!
She runs meditation and yoga events as well as offering one to one support and public speaking!

In January 2016 Fi was diagnosed with non-genetic stage four ovarian cancer.  There is no stage Five.  At the time of diagnosis her cancer was terminal.  Suddenly, everything she had identified as ‘her’ came to a stand still.  In one moment, after months of pain, tests and assurances that it was “nothing to worry about”, her instinct had proved right and her worst fears had been realised.

Life before cancer had seen Fi working as an award winning researcher specialising in health and healthcare.
Using her expertise as a researcher she dedicated her time to understanding everything she could about her diagnosis and subsequent prognosis. She was not prepared to be a statistic. She was not prepared to die.  She was going to be the change.

In the months that followed, understanding her diagnosis, recovery and health became her full time job. The more she researched, the more she uncovered about the possible causes of cancer. She began to realise that whilst she appeared ‘healthy’ there was still much repairing to be done to remove the life-sucking ‘crap’ she’d accumulated over the years.

She gave myself permission to dedicate her time to her health and recovery.
Not a single stone was left unturned as she examined every aspect of her life and, guided by instinct, she began to make changes.
And do you know what? Wonderful things started to happen.

Just 12 weeks after being told her cancer was inoperable because, not only had it spread throughout the organs in her abdominal cavity but also into her chest cavity, she was approved for surgery. Cancer was no longer evident on my lungs. In fact, the scans weren’t showing any visible signs of cancer anywhere in her body. Amazing huh?!
So, in May 2016 she underwent a 12-hour operation during which several of her organs were removed. It was the most radical operation the surgical team had ever performed in one sitting on a patient with stage four cancer.

The weeks that followed were torture. However, just eight weeks after her operation she was on no painkillers, walking 2 miles a day and loving life!
The incredible healing didn’t stop there. Just twelve weeks after this major surgery she began training as a yoga instructor and she knew she was different. She knew something magical was happening inside of her body that was allowing me to live a full and happy life despite her diagnosis. 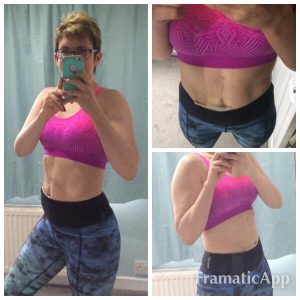 In August 2016 she was told that her cancer was in remission. Just seven months after being told she had stage four, inoperable cancer she was completely free of the disease. she wasn’t living with cancer anymore. She was surviving and she was THRIVING!